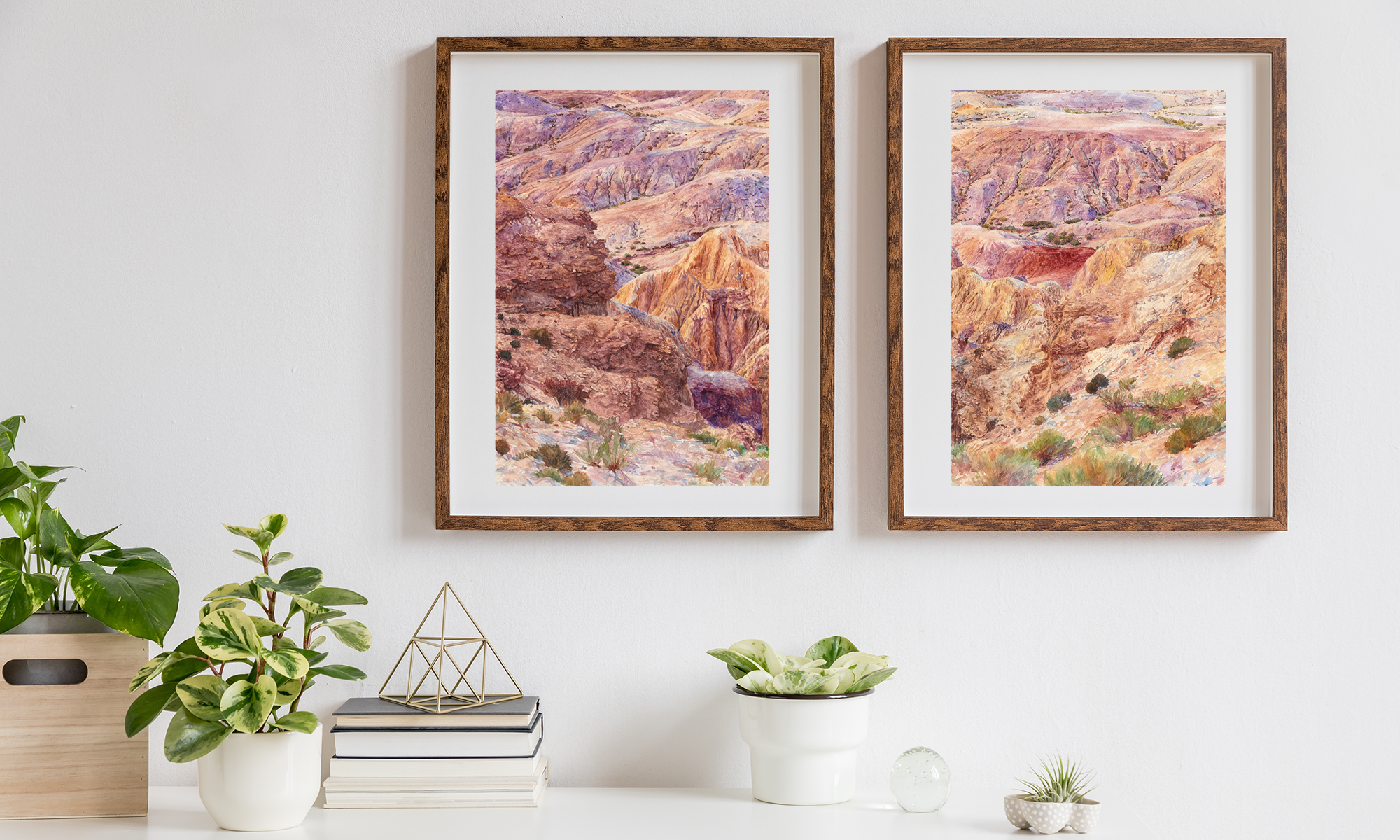 Let me introduce the Forms Collection: watercolour paintings of hewn rock and earth. This collection is inspired by the very foundations of our world.

Unyielding forms of earth belie its lifegiving essence. Dust that ebbs and flows forms life in its time. By layers of accretion, everything is formed.

I’ve always been captured by the ever-changing dust, dirt and rocks that form the immovable structures of the earth. How can ageless structures be formed by transient matter? It seems impossible, but it’s also the soil on which all life is nurtured and sustained.

This same paradox pervades human life, making it fragile but beautiful. Dust that’s swept away with a gust of wind is divinely held together to become something more. Like the earth itself, we are made of dust but have eternity set in our hearts.

At its core, the Forms Collection tries to capture the space between transience and eternity: the place we all live.

I’m currently working on a new painting series, but I’d love to revisit and expand on this collection in the future. If you’d like to see further updates on this collection, you can follow me on Instagram or Facebook.